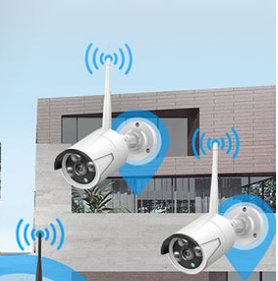 The battery monitoring camera can record video according to the built-in PIR induction, so as to save the use of power. The PRI function triggers the surveillance camera to record video when a foreign object approaches.